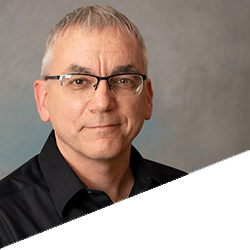 Steve Quinn is the Business Manager for Samron Midwest Contracting. Samron is a full service general contractor working primarily in Southern Illinois and surrounding regions. Steve has been active in business leadership in Southern Illinois for over 20 years and has served on numerous economic development committees in the area.

In addition to serving on the Board and Executive Committee, Steve is also the Chair of the Carbondale Chamber Governmental Affairs Committee and serves on the Marketing Committee.

Steve and his wife Angie currently live in Carterville and have two grown children who are both proud graduates of SIU. 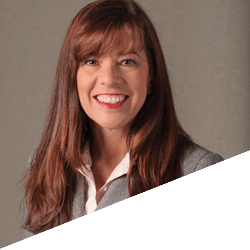 Jolene Falat is the Assistant Vice-President & Branch Manager of First Mid-Illinois Bank and Trust in Carbondale.

She has served as the treasurer of the board of the Science Center of Southern Illinois and is chairperson of the “Chef Clash in the Arena” (formerly “100 Men Who Cook”) annual fundraising event that benefits several local charities.

Jolene attended the University of Illinois and completed her Bachelor of Science degree in Business Management from Mid-Continent University. She and her husband Steve live in Murphysboro and have three grown children, all who have graduated from Southern Illinois University Carbondale, and three grandchildren. 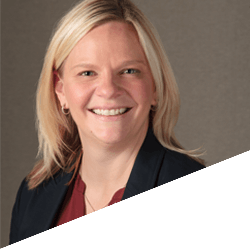 Tena Bennett is the Director of the Student Center at Southern Illinois University where she oversees the facility and dining operations as well as a variety of programming efforts and mass transit for campus.

Dr. Bennett is a resident of Carterville, she has lived in the community for 15 years and worked at SIU in various roles within Student Affairs. Tena currently chairs the Chamber's Leadership Carbondale program and serves on various committees while pursuing her Ed.D. in Higher Education Administration at SIU. 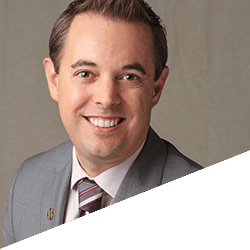 Shane is a Commercial Officer at Banterra Bank. He is a graduate of Carbondale Community High School, holds a bachelor’s of economics from Southern Illinois University, and a master’s in Business Administration from Webster University.

Shane is a member of the Rotary Club of Carbondale-Breakfast, finance chair of Our Savior Lutheran in Carbondale, treasurer of Carbondale Tourism, and a member of Carbondale’s Community Development and Loan Grant Board. He has been involved with several other community organization and is a 2011 graduate of Leadership Carbondale.

Shane and his wife Jessica reside in Carterville with their two children. 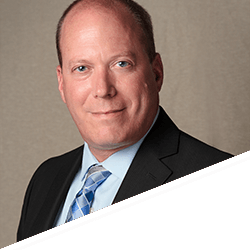 Darren is a Business Development Specialist with The Bank of Carbondale, and is the current co-chair of our Economic Development Committee. He attended Carbondale High School and SIU Edwardsville. Darren previously served on the Board from 2014 to 2019, and was the Board President in 2017. He is a past recipient of The Presidents Service Award, Business Leader of the Year, and Citizen of the Year Award.

Along with his Chamber service he is also on the Board of Directors for the Carbondale Kiwanis and Carbondale Warming Center and is a past board member of The Boys and Girls club of Carbondale.

Darren currently resides in Carbondale with his wife Christine. 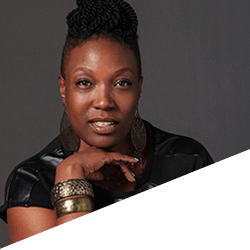 Carla is CEO of Naomi Enterprises, LLC. Naomi Enterprises focuses on leadership development, growth, confidence, and empowerment. She enjoys being amongst other entrepreneurs - novice and seasoned - to learn and grow as a female minority business owner. She became a Certified Life Coach in 2020 to propel her purpose; which is to empower entrepreneurs while helping them to "Level Up" in their hobbies, dreams, and desires.

Carla is the mother of six, and grandmother of seven. In her free time she enjoys traveling, spending time with friends, and surveying new foods. 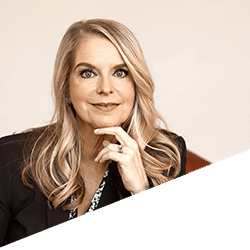 Marcy Cascio-Hale is a research attorney for the Fifth District Appellate Court, has her own skincare business, and has started a self-care group dedicated to helping individuals live better lives. She grew up in northern Illinois and relocated to Carbondale in 2006. She graduated from the SIU School of Law and has resided in Murphysboro since 2011.

She is active in her local BNI WIN chapter, advocating for small businesses throughout southern Illinois. She hosts the Notable Net-worker show on BNI Mid America TV, as well as her own “Business Brag” moment on Facebook.

Marcy resides in Murphysboro with her husband, Christian, and has one son who graduated from Carbondale Community High School and John A. Logan. 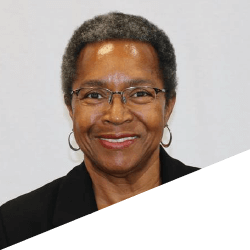 Carolin Harvey is currently a councilwoman on the Carbondale City Council. She previously worked at SIUC in the Bursar’s Office, Division of Continuing Education, and Registrar’s Office.

She attended Miles College, John A. Logan, and SIU. She has been involved with the Chamber through attending monthly luncheons, volunteering for the golf scramble, and helping with other events.

She and her husband James have two children. 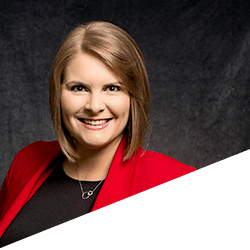 Cristina has two degrees from SIU, a Finance undergraduate degree and Master of Business Administration. After grad school, she spent 5 years with Saluki Athletics on campus.

She opened her State Farm agency in Carbondale in 2018 and remains heavily involved with supporting the campus and Carbondale communities. 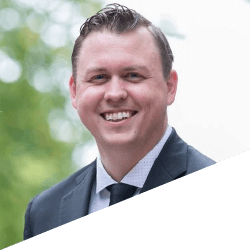 Nic Skovgaard is the founder of AlterEgo Marketing, a full-service creative agency with clients spanning Southern Illinois, Tennessee, Missouri, and Western Kentucky. He graduated from Southern Illinois University Carbondale with a degree in Public Relations in 2007.

Nic is a graduate of the Leadership Carbondale program, The Wizard Academy, and has been recognized as one of The Southern Illinoisan's 20 Under 40. He serves on the Chamber's Ambassador Committee, is a member of the Kiwanis Club and the Rotary Club. He is also currently facilitator for the Jackson County CEO program.

Nic lives in Herrin with his wife Nancy and four young children. 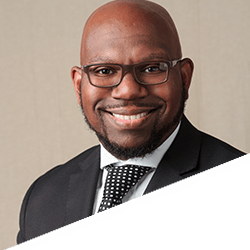 Pastor Christopher Swims has served as senior pastor of Hopewell Missionary Baptist Church since 2010.  In additional to his role with the Chamber, he is active in a number of civic, professional and religious organizations.

Christopher holds a bachelor's degree in interpersonal communication from Southern Illinois University. He lives in Carbondale with his wife Brittany and daughters Carrington and Kennedy. 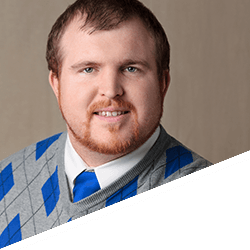 Justin is a Realtor with Keller Williams Realty Pinnacle  in Carbondale. A graduate of the School of Architecture at Southern Illinois University, he lives in the Tatum Heights neighborhood in Carbondale with his wife, Emily, and their son Oliver.

After graduating from SIU in 2011, Justin opened Vintage Soul Furniture, a furniture resale shop that funded a local non-profit organization working with homeless people and underprivileged children.  After three years of running his business, he transitioned from selling couches to houses. He currently specializes in first-time homebuyer programs, estates, and senior relocation.

Justin is also a member of the Preservation Commission for the City of Carbondale, which serves to protect architectural gems in Carbondale and empower people to restore and memorialize important places, people, and events in our community. 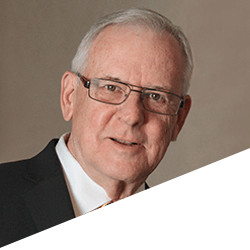 Mike Henry is the owner of Henry Printing and is currently in his second term as mayor of the City of Carbondale.

Mike is married to Terri Walters Henry, an area real estate agent. He has three sons and two daughters, with eight grandchildren. He graduated from Southern Illinois University with a bachelor’s degree in engineering.  While a student at SIU, he opened a typing and copying business in 1972. That business has grown into what is now Henry Printing.

He serves as the City of Carbondale's representative on the Board of Directors.

He served as Board Chairman for the Chamber in 1984. 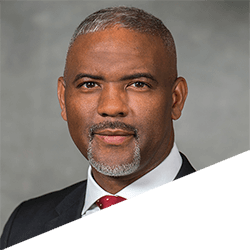 Austin A. Lane became the chancellor of Southern Illinois University Carbondale on July 1, 2020.

Dr. Lane has served on a number of boards and has been deeply engaged in the communities he serves.  He was recognized among the 2017 top minority professional leaders in Greater Houston, recipient of the 2015 Drum Major Award, 2014 Interfaith of The Woodlands Hometown Hero Honoree, and 2012 Pacesetter of the Year for the National Council for Marketing and Public Relations.

He is married to Loren Lane and has three children, Lauren, Chase and Lance. 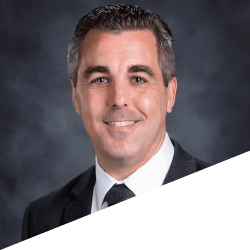 Ryan Thomas has been Principal of Carbondale Community High School District 165 since 2018 and has previously served as Assistant Principal and Special Education Teacher in the district. Mr. Thomas is a CCHS graduate and holds degrees from Eastern Illinois University and McKendree University.

Ryan lives in Carbondale with his wife Vanessa and their three daughters, Hannah, Lydia, and Ruby. 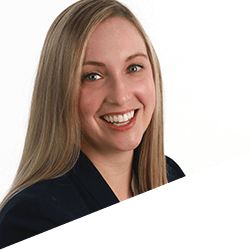 Sarah Gray is the System Director of Business and Economic Development at Southern Illinois Healthcare (SIH). In her role, she is focused on leading business and economic development initiatives to improve the health and well-being of the communities served by SIH.

Sarah facilitates the SI Now initiative focused on advancing Southern Illinois as a great place to live, work, and do business. She also serves on the Board of Directors for Jackson Growth Alliance and is a member of the Carbondale Chamber of Commerce Economic Development Committee.

Sarah obtained a Bachelor of Arts in Business from Rhodes College in Memphis, Tenn. and a dual Master of Business Administration and Master of Healthcare Administration from St. Louis University. Sarah and her husband Ross live in Carbondale with their two sons, Everett and Wesley.